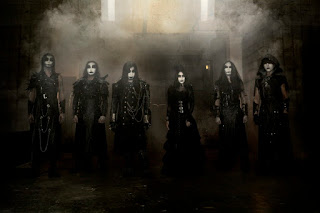 We had some live shows in Seoul, and now we prepare for upcoming live show in 2019.

We tried to concentrate on DARK MIRROR’s essence on this album. It means we endeavored to find the originality ov DARK MIRROR. I think you can be assured our pure essence from the 1st album. Like the 1st album, we tried to reduce the unnecessary things on process ov songwriting and playing.


3.This is your first release since 2014, can you tell us a little bit more about what has been going on during that time span?

We had some tours in Asia, and started making the new album in 2016. We needed time to arrange the songs and orchestrations.


4.The lyrics on the new recording are a concept album, can you tell us a little bit bit about the story you portray with this album?


5.I know that the band was named after Nostradamus's mirror, can you tell us a little bit more about your interest in his work?

It is said when Nostradamus saw the future through the mirror, it was kind ov dark mirror, he saw the tragedy ov human being. I think the tragedy is important part ov human being. People want to hide the tragedy and don’t want to face it. But the tragedy  makes human stronger. If you can find the peace in sustained tragedy, you can hear the voice from the deepest space ov your soul, then it makes you think about the reason why you live.

It is easy. It is The Lord OV Shadows him self who rules the world inside the dark mirror


7.What are some of the best shows that the band has played over the years and also how would you describe your stage performance?


8.Do you have any touring or show plans for the new album?

We really want to go to Europe, but there is no chance yet. In April we will go to China for the tour. Right now we are talking about some other tours, but not fixed yet.


9.On a worldwide level how has the reaction been to your newer music by fans of symphonic black metal?

It is greater than I thought. People say the new album is one ov the greatest albums in history ov symphonic black metal. We released the music video few weeks ago, many fans love the video.

In Korea, there are only few metal musicians and metalheads. So we have to do a lot ov things like playing in 2 or 3 bands. Still, that’s the reason why Korean metal scene is still alive. For example, I play in 2 bands. One is Thrash/Metalcore band cal

led “METAMORPHOSIS” with Gash, another is Depressive/Post black metal band called “Madmans Esprit” with Confyverse. In 2018, Whole members concentrated on ]The Lord Ov Shadows], maybe this year, some members who play in other bands can lead the bands.

Good question. I’m not gonna show you the future ov DARK MIRROR. I want the audience to imagine and expect the next album without spoiling.


12.What are some of the bands or musical styles that have had an influence on your newer music and also what are you listening to nowadays?

I’m open-minded to other music. But I don’t listen to Korean ballad/soul-pop music.

It was good interview. I hope you meet The Lord Ov Shadows someday.

Posted by OccultBlackMetal at 8:15 PM No comments: 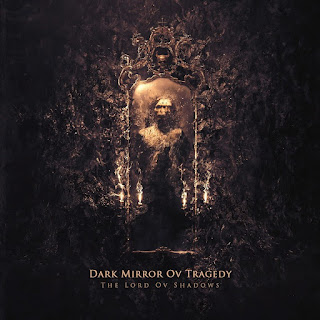 A  very  avant g arde  and  classical  sounding  intro  starts  off  the  album  while  also  introducing  keyboards  and  symphonic  elements  onto t he  recording  which  also  mixes  in  with  the  heavier  sections  of  the  songs.  Operatic  choirs  can  also  be  heard  briefly  as  well  as  some classical  guitars  which  are  also  used  on  later  tracks.

Posted by OccultBlackMetal at 11:44 AM No comments: 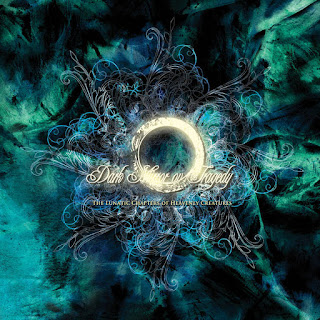 Dark  mirror  Ov  Tragedy  plays  a  very  symphonic  form  of  black  metal  that utilizes  a  great  amount  of  death  metal  influences  along  with  a  gothic  touch  to  create  a  sound  of  its  own,  the  production  sounds very  professional  and  the  lyrics  cover  dark  and  poetic  themes.

Posted by OccultBlackMetal at 12:13 AM No comments: