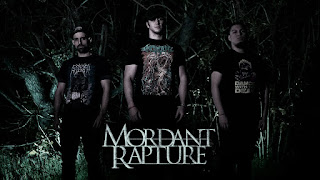 We are a three piece Tech Death/ Black Metal band with symphonic elements based out of the Bay Area in California. We’re a bunch of nerds that love video game and movie soundtracks and all things death and black metal.

2.Recently you have released an ep, how would you describe the musical sound that is presented on the recording?

The ep was intended to be somewhat of a sample platter for the sound of the band. As technical and complex as some of the material might get, we try to prioritize melody and memorable sections as much as possible. We try to aim for a wall of sound with the tracks, but at the same time try to keep things focused on the main motifs being played.

3.The band has been around since 2013 but waited until 2018 to release any music, can you tell us a little bit more about the first 4 years?

The first few years we focused on trying to get out and play live as much as we could. The sound of the band was nothing like what is on this ep. It was still fast, as speed has always been an obsession for better or worse, but had none of the cinematic elements or virtual instruments involved nor did it have much of a classical influence. There was less emphasis on song structure and melodic moments and more on aggression and heaviness. The years leading up to this release was kind of a rocky road as far as refining our sound. Our influences changed, we all grew as song writers, and kind of naturally moved away from 100% aggression focused music. Of course we are a metal band so aggression is part of the DNA regardless, but we came to appreciate classical and symphonic elements and approaching song writing with the goal of sounding more emotive and moving without sacrificing intensity.

While death and supernatural elements are kind of staple in this genre, we wanted to also explore some of the darker aspects of the depths of humanity and the problems that arise in the fragility of social order. Each track tells part of a story that forms a larger narrative of tragedy that raises questions about the human condition.

5.What is the meaning and inspiration behind the name 'Mordant Rapture?

The meaning of “Mordant Rapture” can be interpreted in several ways, but at its core we agree with the idea that a release from the hardships and trials of life would be rapturous but ultimately futile in its purpose, because there is no guarantee that what is awaiting us on the other side is worth all the pain and sacrifice that it takes to get there. Ultimately, a rapture is really a cruel joke, and therefore, mordant.

Although we haven’t played live with this material, the previous “iteration” of the band had plenty of memorable shows that include dressing up as street walkers, someone almost getting stabbed (not our fault), and one so memorable that we can’t remember most of it after some drinks. Moving forward with this material you can expect a more focused, precise, and intense stage presence.

As soon as we get a live lineup we are ready to hit the road.

Overwhelmingly positive! We appreciate all the kind words; we feel fans of both genres can take away something from this material. The takeaway for us based on all the positive feedback is that the vision we sought after was worthwhile and we hope to continue to please the masses.

We want expand on all the elements from the EP by delving more into the orchestral side while bringing something new to the technical side. We learned a lot from this recording on how to apply symphonic layers to the rest of the band and what works and doesn’t work. We plan on incorporating a much denser symphonic sound that plays just as big of a role as any other instrument in the band. We’ve upgraded all of our virtual instruments as well as a much needed computer upgrade so we will be able to push these sounds much further on the next release.

We just want to thank everyone for taking the time to listen to us and sharing our music. We are currently working on our full-length album so if you want to stay informed I would invite you to follow us on Instagram, Facebook, and Twitter thanks!

Posted by OccultBlackMetal at 7:25 PM No comments: 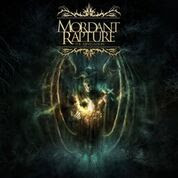 Mordant  Rapture plays  a  musical  style  that  takes  symphonic  black  metal  and  mixes  it  with  technical  death  metal  to  create  a  sound  of  their  own,  the  production  sounds  very  professional  while  the  lyrics  cover  dark  and  philosophical  themes.

Posted by OccultBlackMetal at 7:14 PM No comments: