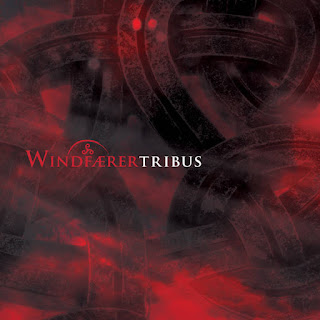 Windfaerer are a band from New Jersey that has had previous ep reviewed by this zine as well as had an interview, with a musical style that mixes folk metal with melodic death metal and black metal and this is a review of their self released album "Tribus".

Drums range from slow, mid paced to fast drumming with a great amount of blast beats, while the bass playing is mixed down low in the mix and seems to follow the riffing that is coming out of the guitars and at times they have a very heavy and powerful doomy sound of their own, as for the violins when they are utilized, they bring a folk music element to the music with some violins being used on one song.

Rhythm guitars combine influences from folk metal, melodic death and black metal with the riffing ranging from slow, mid paced to fast with a great amount of melody and some traditional metal influences, while the lead guitars are very melodic sounding death metal guitar solos, as for the acoustic guitars when they are utilized briefly, they bring a much more darker tone to the music as well as a small amount of classical guitar.

Vocals are mostly high pitched black metal screams with some clean singing vocals being used on the last song, while the lyrics touch on the paganism and history of the Iberian Penisula and nature elements, as for the production it has a very heavy and professional sound to it, for being self released.

In my opinion this a good full length from Windfaerer and if you where a fan of their previous demo, you will not be disappointed. RECOMMENDED TRACKS INCLUDE "A Gentle Touch On Ravaged Ruins" "The Invader" and "The Seafaerer's Legend"> RECOMMENDED BUY. 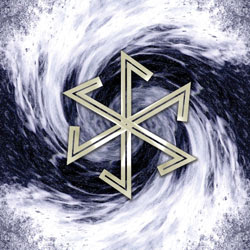 Ironwood are a band from Australia that plays a very progressive form of folk/black metal and this is a review of their self released 2010 album "Storm Over Sea".

Drums alternate between slow, mid paced to fast drumming with some blast beats being used at times, while the bass playing has a very strong and powerful sound that is very progressive at times with a lot of bass leads being thrown in at times.

Rhythm guitars alternate between slow, mid paced to fast riffs that combine viking/black metal with traditional metal with a good amount of melodies being used at times, while the lead guitars are very melodic sounding guitar solos that also have a classic rock feel to them, as for the acoustic guitars they  mix elements of folk and progressive music together to give the music a very haunting edge.

Vocals are a mixture of high pitched black metal screams and clean singing vocals, while the lyrics touch on Heathen Values, as for the production it has a very heavy and professional sound with all of the instruments coming out with a great sound to them.

In my opinion Ironwood are a very original folk/progressive/black metal band and if you are a fan of bands that mix these styles together, you should check out this band. RECOMMENDED TRACKS "Infinite Sea" "Weather The Storm" and "A Bond To Sever". RECOMMENDED BUY.