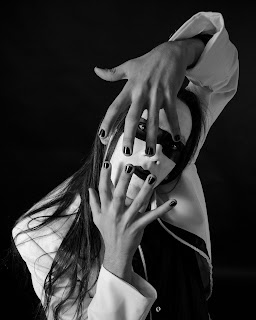 Z- Messora is a band that plays a seemingly non-identifiable subgenre of Metal, but we attach the label Progressive Death Metal for the sake of fitting somewhere. It’s pretty much a one-man band/solo project with me, Zach Dean, at the head of the project. The first live lineup was formed in early 2017.

Z- The style that we were going for was definitely within the “Progressive Death Metal” realm, but we weren’t trying to sound “Proggy” or like any particular prog band. I had lots and lots of ideas that I wanted to put into each song and lots of moods that I thought should be explored and touched on in each piece, which resulted in the record having many long, multi-faceted songs, and each song bringing a different atmosphere and mood to the whole. The idea was also always to be conceptual, in the traditional sense in terms of lyrical theme, but also musically by having each song fit perfectly with the others and creating an overarching work and not just a collection of songs.

3.What are some of the lyrical topics and subjects you have explored so far with your music?

Z- The Door is a concept album that explores the desire to escape from the world, how one achieves this escape and what one is running from in the first place. I think that many people can relate to this situation in a variety of ways, so the lyrics are fairly obscure and “big picture” rather than focused on a particular situation.

4.What is the meaning and inspiration behind the name 'Messora'

Z- The name is extremely meaningless. I wanted to use the name Messorem, which is Latin for the word Reaper. There were already a few bands using that name, so I altered the word and that that it was fitting.

Z- The artwork was drawn by my sister Maya. She’s a phenomenal artist, and she’s only 17 years old. It’s meant to depict the “character” that the lyrics revolve around, the person wanting to escape. The figure is being pulled towards outside of the frame, representing the deep desire and pull that they feel to escape their world and be thrown into a different one.

6.The band started out as a solo project, what was the decision behind expanding into a full line up?

Z- I was playing in a band called Whispers in the Maze with Ben, our current bass player. I had asked him to record bass on an early version of the song The Door, and we were both so happy with the way that that song turned out that we decided that the project needed to expand into the live world, and not stay just a solo recording project. At the time the project didn’t have a name or anything behind it, but we completed the live lineup pretty quickly and it’s been going well ever since.

Z- Montréal has been very kind and welcoming to us. The band was originally formed in the Ottawa region but I’ve relocated the project here, and it’s been very nice here. The first time that we played at Piranha bar here in Montréal was extremely memorable. Everyone was so into it, the whole place was on fire. Rob the Witch from Necronomicon was there, and came up and congratulated all of us on our performance. I still see him wearing one of our shirts sometimes. More recently, we played our release show for The Door at a place called O Patro Vys. It’s a smaller venue but it has a cool vibe and we packed the place. It was super satisfying, everyone had great things to say about the show and the album, and the atmosphere was full of love and support.

Z- Unfortunately the current live lineup is not extremely well equipped or touring, so we’re not going to be able to hit as many cities as I would have liked to. We did our release show in Montréal, and at the moment we’ve got Pembroke and Ottawa coming up, with a possible date in North Bay as well. The touring will definitely get more intensive in 2020.

Z- I honestly don’t know whether I want to work with a label in the future. I am planning on doing a bit of “label shopping” for our next release, but my decision to work with a label will come down to the type of deal that we get. As it stands working independently is going very well for us, so I would need to be offered a beneficial deal in order to want to give up this independence.

Z- The record has been receiving a lot more attention internationally than I had initially expected. We’ve had Bandcamp sales in Poland, Slovenia, Mexico, Japan, the US, and the Netherlands to name a few. Most of our Spotify listeners are also American rather than Canadian, which I found surprising. It’s cool to see, I really didn’t expect the record to reach this far after having been released for not even two weeks. The record has also been reviewed by many foreign publications, and always positively.

Z- I have plenty of ideas for the future of Messora, and I think we’re going to have a heavily varied discography in the coming years. I think it’s going to get more experimental and progressive, and at the same time more simple and streamlined. I think it’s going to stay generally conceptual. The Door is already fairly out there and challenging, so I don’t feel that we’ve painted ourselves into a corner musically or anything like that. I think that those who enjoy our debut will be along for the ride for wherever we go in the future. I’m very excited to see what we come up with.

12.what are some of the bands or musical styles that have had an influence on your music and also what are you listening to nowadays?

Z- The bands that I listened to the most when I was getting into the heavier side of metal, around the time that I was 15ish, were Slayer, Opeth, Lamb of God, Children of Bodom and Whitechapel. I think that naturally your first influences are often the ones that stick with you the most. I don’t think that our music sounds like any one of these bands at all, but you can absolutely hear the influence there. I’ve obviously discovered and fell in love with countless bands since then, but I feel like these five bands are the foundation of what I do in terms of heavy music. Lately, I’ve been listening to a lot of old Prog, namely Emerson, Lake and Palmer, King Crimson and Camel. It’s crazy to me how out there these bands wanted to be and how far they wanted to push Rock music. I’ve also been interested in simpler and more textural music, like Swans and the latest Daughters album.

Z- I like reading quite a bit, fictional novels as well as comic books. I’ll usually try to discover new books by buying ones that seem interesting for super cheap at thrift stores. Sometimes I’ll find an absolute gem (The Prophet by Kahlil Gibran comes to mind), but sometimes I end up loathing what I’ve gotten myself into and just want to finish it so I can move onto something else (Twilight of The Idols by Nietzche, total wankery). I’ve recently been enjoying bouldering with my friends as well, but that takes a toll on my arms and makes it difficult to play guitar so I don’t really see myself becoming a climber any time soon.

Z- Go listen to The Door! It was extremely satisfying for us to make it and I’m extremely proud of the album. Go read the lyrics while you’re at it.

FacebookInstagramBandcamp
EPK
Posted by OccultBlackMetal at 11:28 PM No comments: 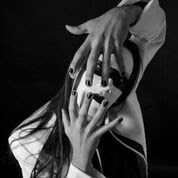 FacebookInstagram
EPK
Posted by OccultBlackMetal at 11:32 PM No comments: