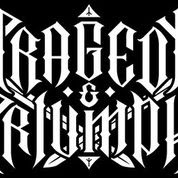 - Tragedy and Triumph is a Viking / Melodic Death Metal band which started as a solo project but soon became a full band. I wrote the music and Raphael wrote the lyrics and did the vocals.

2.You have a new album coming out this month, can you tell us a little bit more about the musical style that you went for on the recording?

- Yeah of course. I would describe this album as a creative mixture of Amon Amarth, Bathory and maybe Immortal or Grand Magus. I think everyone will hear different influences on that album, which is totally okay.

3.A lot of your lyrics cover Viking themes, can you tell us a little bit more about your interest in this topic?

Raphael and me had a long time fascination for this topic. We really like the atmosphere and the mood ot the viking era, also a lot of great storys come from that time. We do not glorify the vikings but tell storys.

4.What is the meaning and inspiration behind the name 'Tragedy And Triumph'?

To be perfectly honest, there is a song i wrote for my other project "Mallevs Maleficarvm" and it really got stucked in my head since then.

- The artwork was made by our friend Jan Handzus from Disart Design. It illustrates the location where all the storys of the songs happen. It also is the "Howling gate"

6.With this project you record everything by yourself but have experience working in a whole band, how would you compare the two?

- It actually never was planned to write another album on my own, but after 1-2 songs i simply couldn't stop and thought to myself "you need to get this done". Writing an album alone has its pros and cons. One pro definately is that i can do whatever the fuck i want. One con is that sometimes 2 or more creative minds are better then one. The next album will contain more ideas of my fellow band members.

7.The new album is going to be released on 'MDD Records'. how did you get in contact with this label?

- I just wrote a little application, thats all! And it went pretty well i guess.

9.On a worldwide level how has the reaction been t your music by fans of Viking and melodic death metal?

- So far so good, we got a few very nice reviews and opinions. We cannot wait to let the people hear the whole album!

- We are working on a new album which will be pretty different than the debut. We have set the bars very high for the next album, so we still need a bit of time.

11.Where do you see yourself heading into musically during the future?

- I do not think about that kinda stuff. My demand on my self is to make good music and play a lot of gigs!

- I listen to alot of stuff – from EDM to Progrock to War Black Metal. I don't care about any genres – a good song is a good song.

13.Before we wrap up this interview, do you have any fi9nal words or thoughts?

- Thanks alot for the interest and greetings from germany! Prost! 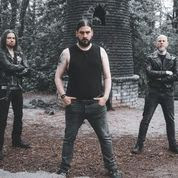 https://www.facebook.com/tatvikingmetal/
Posted by OccultBlackMetal at 9:42 PM