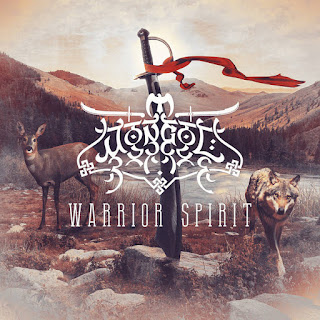 Mongol  plays  a  musical  style  that  takes  Mongolian  folk  music  and  mixes  it  with  black  and  melodic  death  metal  to  create  something  very  different,  the  production  sounds  very  professional  for  being  a  self  released  recording  while  the  lyrics  cover  Mongolian  and  Tengrism  themes.

Posted by OccultBlackMetal at 7:51 PM