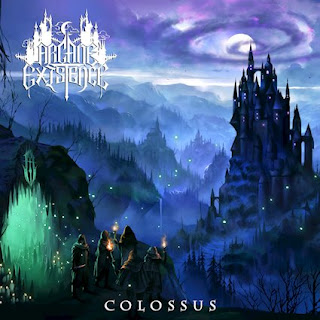 Arcane  Existence  plays  a  musical  style  that  takes  symphonic  black  metal  and  mixes  it  with  melodic  death  metal  to  create  a  sound  of  their  own.  The  production  sounds  very  professional  while  the  lyrics  cover  Fantasy  and  Fairy  Tale  themes.

Posted by OccultBlackMetal at 7:58 PM No comments: 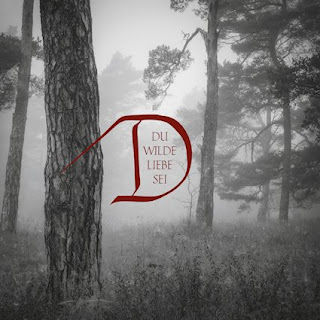 Tribal  style  percussion  starts  off  the  album  and  also  gives  the  music  more  of  a  shamanistic  atmosphere  while  the  acoustic  guitars  also  bring  in  elements  of  neo-folk.  Vocals  are  a  mixture  of  clean  goth  style  vocals  and  blackened  metal  screams  as  well  as  some  spoken  word  parts  also  being  added  into  some  parts  of  the  recording.

Dornenreich  plays  a  musical  style  that  takes  black  metal  and  neo  folk  and  mixes  them  together  to  create  a  sound  of  their  own.  The  production  sounds  very  dark  while  the  lyrics  are  written  in  German  and  cover  love  and  alienation  themes.

Posted by OccultBlackMetal at 7:26 PM No comments: 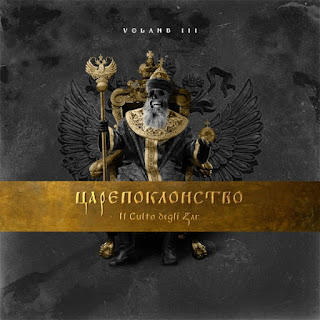 Folk  instruments  start  off  the  ep  before  going  into  more  of  a  heavier  and  symphonic  musical  direction  while  the  vocals  are  mostly  grim  sounding  black  metal  screams.  Melodies  are  also  added  into  some  of  the  guitar  riffing  along  with  some  operatic  style  singing  also  being  utilized  at  times. 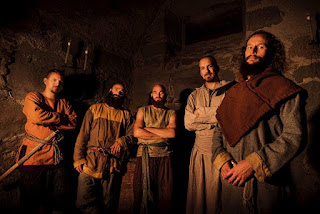 Well, as we finished the recordings around April 2020, there has not been so much going on since then with the band. We could play 2 shows since then, which would be ridiculous normally, but almost a miracle those days… Otherwise, we rehearsed the new songs, prepared the release of the new album and had a few kids.

2.You have a new album coming out in June, musically how does it differ from the stuff you have released in the past?

I would say it’s more mature in every aspect. All the compositions are more interesting, there is more variation between the songs, the black parts are more black, the death parts more death and so on. I think it takes what makes Morgarten unique and brings it to another level. We added some clean vocals parts and bagpipes, which were not present on the previous record, but also many other elements. The recordings of the drums, the mixing and the mastering were done at Fascination Street studio, which really brought the sound to another level. I would say that if someone liked our previous album, he will definitely love this one!

3.This is also your first release in 6 years, can you tell us a little bit more about what has been going on during that time frame?

Yeah, you could think that we took a break with Morgarten during this time frame, but in fact we worked hard, haha. “Risen to Fight”, was our first album, so we really took the time to promote it, do some shows in Europe, before we started to work seriously on “Cry of the Lost”. We could for example do the opening for Finntroll, it was great! Then as we wanted to do a concept album with 12 songs, it took quite a lot of time to create the concept, compose the songs and so on. And with the Covid coming on board, we postponed the release date for a year.

4.The lyrics on the new recording are a concept album, can you tell us a little bit more about the lyrical content present on the new release?

Yes, that’s right. In fact our previous album was also a concept album in which we told a story. If you read all the lyrics, you will have the complete story, but we were quite limited with the amount of text one can put in one song, so the tone was very narrative and superficial. For this new album we wanted to go deeper into the story so that the listener doesn’t just read the story, but can really live it and feel what the hero feels. So we decided to write a complete story and then just pick some key events of this tale to write a song about it. The lyrics were written in the first person, to immerse the listener into the story. To write our novel, we were inspired by the Swiss legendary hero called Arnold von Winkelried and included an event of his life into our story, which was then built around it.

The Artwork was done by David Benzal, a spanish artist, and the scene illustrates the song “The last Breath”. In this song, the hero of the story is caught in a snowstorm and is exhausted. He realises that his whole life may have been for nothing, as he will not be able to reach the goal of his quest if he falls today. We really wanted this cry of despair that he expresses when he realises that everything is in vain to come through in the artwork. A careful eye will see that the warrior is actually a member of the band ;-)

They are a few but “Elements of Rock”, “Devil’s Rock for an Angel”, and  the “Brainstorm Festival” were among the best shows we played. Oh, and the opening for Finntroll was crazy! I guess the best way to describe our stage performance is that we try to tell a story and give a positive message. We want to go deeper than just having fun drinking a beer while listening to a gig. Of course that’s part of what we want to share with the crowd, but even more we want the public to live the story with us and finish the concert with a smile, strength or motivation.

7.The new album is going to be released on 'Inner Wound Recordings', how did you get in contact with this label?

It was through our booking agency Desert Rose Agency. At first, we were a bit wary as we value our independence and didn’t really see the benefit of signing with a label. But the more we talked with them the more we saw they were serious. We don’t regret it at all, as they are great to work with.

8.On a worldwide level how has the reaction been to your music by fans of black and folk metal?

We are amazed by the response to the clip of the single we released “To victory”: 250’000 views in about a month, that’s enormous for us. I mean, we received a lot of messages from all around the world, and it’s awesome to see how people take our concept, our lyrics and put their own interpretation on them. It’s great.

It's hard to say honestly. I think we're clearly going to stay close to what we've done so far in terms of atmospheres, concepts, emotions. We're going to keep that medieval/Celtic influence and try to improve every aspect of our music, but keep the variety of styles that we like to have between our songs. We will probably try to include new instruments or sounds, but sometimes we are rather spectators of what we create, so we’ll see!

We will also perform an acoustic show at the Brainstorm Festival on the 5th of November, so it could well allow us to explore new musical horizons

10.What are you currently listening to nowadays?

We cannot list everything that we are listening to in the band as we all listen to various styles of music/bands. I can just answer for myself (Pierric). These days I like to listen to some “acoustic neofolk” music, like the band “Thurnin” or to Atmospheric black metal with bands like “CânBardd” or “Eldamar”

11.Does Paganism play any role in your music?

No. Some people said we play pagan metal or something like that, but we don’t recognize ourselves in paganism at all.

Thank you for your job, and thank everyone that listen to our music and supports us!

Posted by OccultBlackMetal at 9:47 PM No comments: 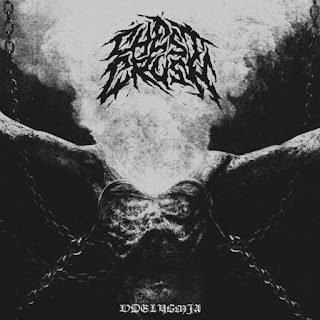 Drones  start  off  the  album  while  stringed  instruments  and  whispers  can  also  be  heard  briefly  before  going  into a   heavier  direction.  Elements  of  sludge  metal  are  also  added  into  the  slower  sections  of  the  songs  along  with  the  faster  sections  of  the  songs  also  adding  in  a  great  amount  of  brutal  sounding  blast  beats  and  grindcore  influences.

Posted by OccultBlackMetal at 7:56 PM No comments: 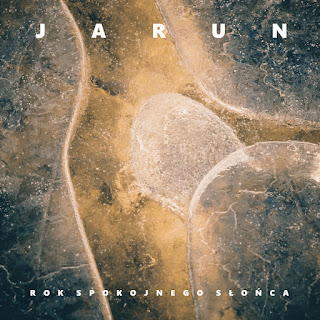 Posted by OccultBlackMetal at 6:58 PM No comments: 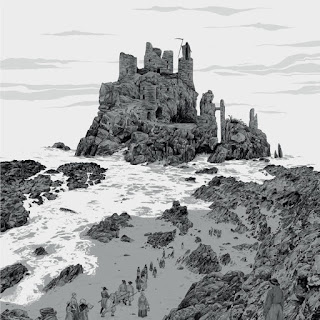 Distorted  sounding  drones  start  off  the  ep  before  adding  in  a  very  slow  and  powerful  bass  guitar  which  also  introduces  elements  of  sludge  and  doom  metal  onto  the  recording.  After  the  heavy  guitar  riffs  are  added  into  the  music  high  pitched  black  metal  screams  also  start  making  their  presence  known.

Posted by OccultBlackMetal at 3:13 PM No comments: